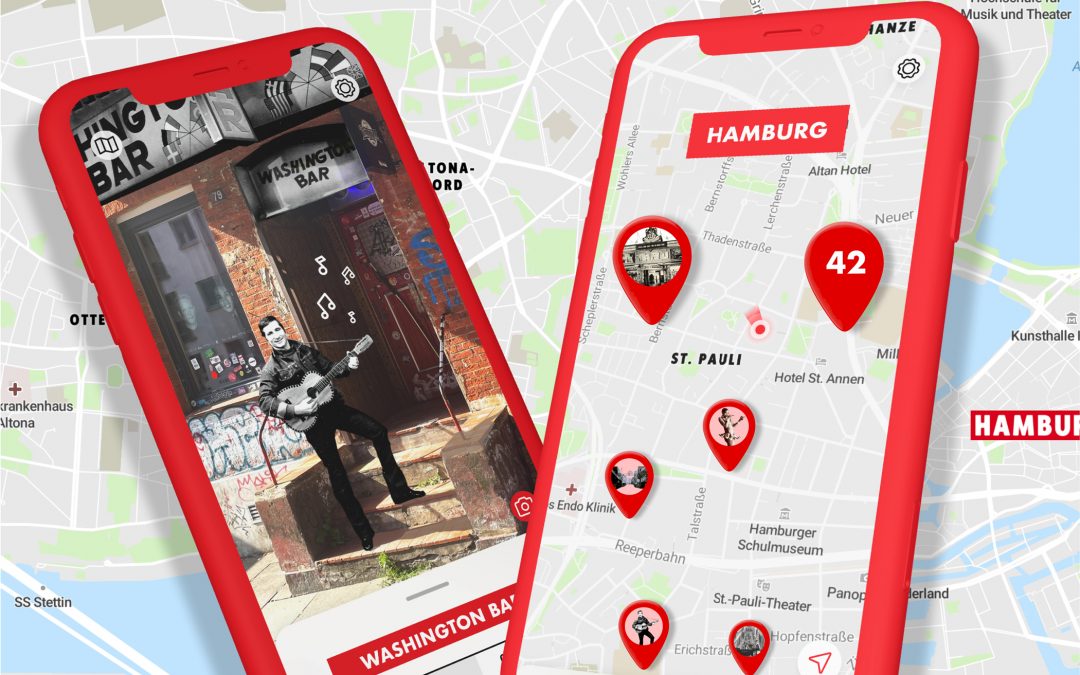 The new augmented reality app brings the golden age of the Reeperbahn to the smartphone, in collaboration with Hamburger Morgenpost and Google

Berlin/Hamburg. With MOPO AR, the golden age of the Reeperbahn and the Große Freiheit is coming back to Hamburg. With the augmented reality app, which the startup ZAUBAR has developed in collaboration with the Hamburger Morgenpost and Google, all history buffs and Hamburg lovers will be taken on a time travel through different eras of the world-famous entertainment district in the St. Pauli district from 21.08.2021. Not only can you see how the buildings and the area itself have changed, but you also get an insight into the mostly bawdy nightlife in the strip bars of the golden 1920s and 70s. A detour to Herbertstraße is also not to be missed, where MOPO AR provides insights that would otherwise remain hidden – at least for women.
The MOPO AR app is as simple as it is impressive: If you are standing near a scene in the history of Hamburg’s entertainment district, you are guided there precisely by the app and can then view the events on the screen as they took place in the past. With real photographs from the respective time, and supplemented by carefully researched background information on the locations and people of the time, excitingly narrated in the audio guide. In addition, a built-in map helps users find their way to the individual stops on the journey through time and keep track of what content has already been displayed. Another feature of the app is the creation of “Mixies”, which is a photo and video function to take pictures of yourself or friends and family with the historical content. These can subsequently be shared on social networks. MOPO AR on the Reeperbahn is the first edition within the MOPO AR app. More episodes will be added in the coming months and years.
The innovative MOPO AR APP is made possible and published through ZAUBAR’s collaboration with Google’s ARCore. The unique app uses the newly developed innovative Google ARCore Earth Cloud Anchors system, which allows users to easily discover location-based AR experiences in the real world – without the need for traditional physical markers or QR codes. By integrating this technology into ZAUBAR’s platform, it is possible for the first time to experience such augmented reality events in urban space – further use cases will follow.

Download the app now in the App Store and Play Store! 📲

Here you will find an overview of all cookies used. You can give your consent to whole categories or display further information and select certain cookies.

Statistics cookies collect information anonymously. This information helps us to understand how our visitors use our website.

Content from video platforms and social media platforms is blocked by default. If External Media cookies are accepted, access to those contents no longer requires manual consent.