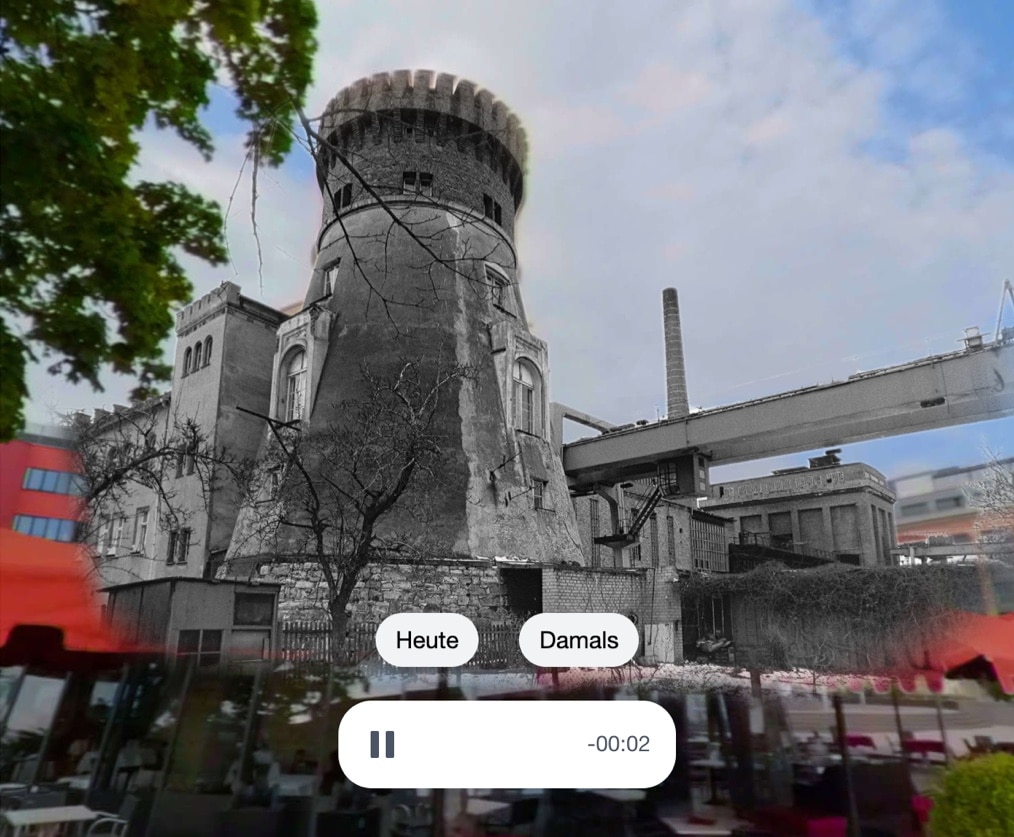 Being able to visit places in Potsdam in 360° from anywhere in the world only using a smartphone – that was the idea behind ZAUBAR’s cooperation with the German daily newspaper Märkische Allgemeine Zeitung (MAZ).

As part of the MAZ’s “Potsdam ganz nah” project, the change in Potsdam over the last 30 years since the German reunification in 1990 was shown. The editors wanted to reach this by showcasing the extreme physical changes in the city visually.

For this reason, we developed Augmented Reality spheres for the MAZ, which made it possible for their readers to immersively dive into 360° views of various places in Potsdam, such as the Schiffbauergasse.

Here, too, the motto was: show the contrasts. Therefore, the readers and users of the AR web application not only could experience the places in 360° as they were in 2020, but the views were also overlayed enriched with historical shots and audioguides.

Readers of MAZ+ have the opportunity to start the AR experience on the MAZ website.

Two versions of the 360° spheres were developed for the media house: If you are using a desktop browser, it is possible to watch and experience the spheres in the browser and look around with the help of your mouse.

The far more interesting version is the real Augmented Reality experience in your smartphone or tablet that can be experienced through the browser – without the need of downloading an app: To do this, you enter by opening the MAZ website. Now, the user can place an AR sphere on the floor in the real world and is then invited to enter it by walking in it. He then can look around in all directions with his smartphone. By tapping on individual areas in the sphere it is possible to switch between the historical and the present-day view.

tldr: With the help of our AR 360° bubble, every 360° photo or video can be transformed into a walk-through immersive 3D experience for smartphone and desktop browser.

0°
panoramic view with the AR spheres
0
spheres are available

The challenge in this project was to reach a high usability for a new mobile and desktop AR experience to the broad target group of the newspaper Märkische Allgemeine Zeitung.

The web application, including the AR experience, had to be designed in such a way that not only young readers could cope with this technology but it also had to be easy to use for older generations. To achieve this, the application was designed with a very minimalist and self-explanatory User Interface/User Experience.

Would you like to have more information about the project? 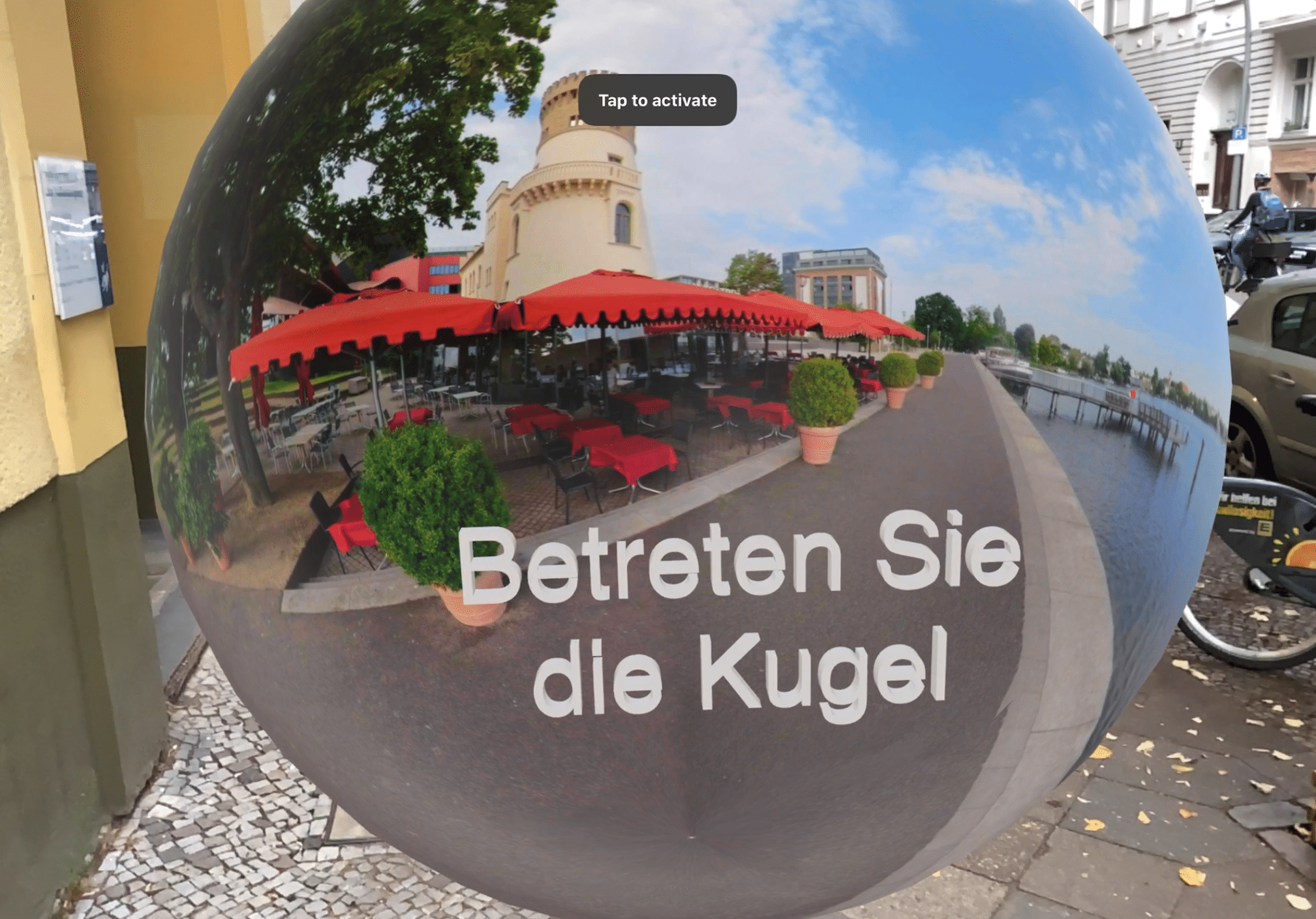 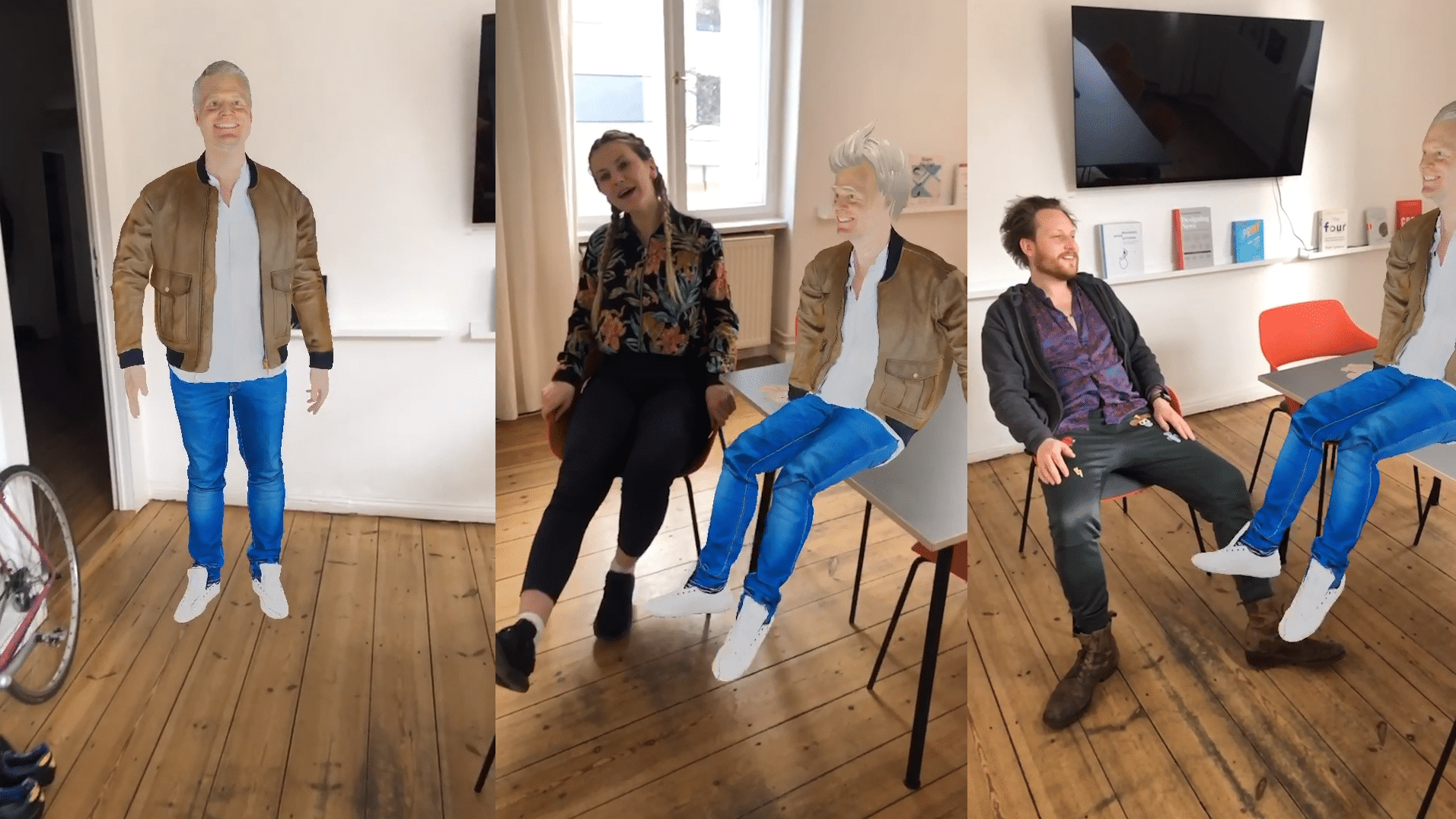 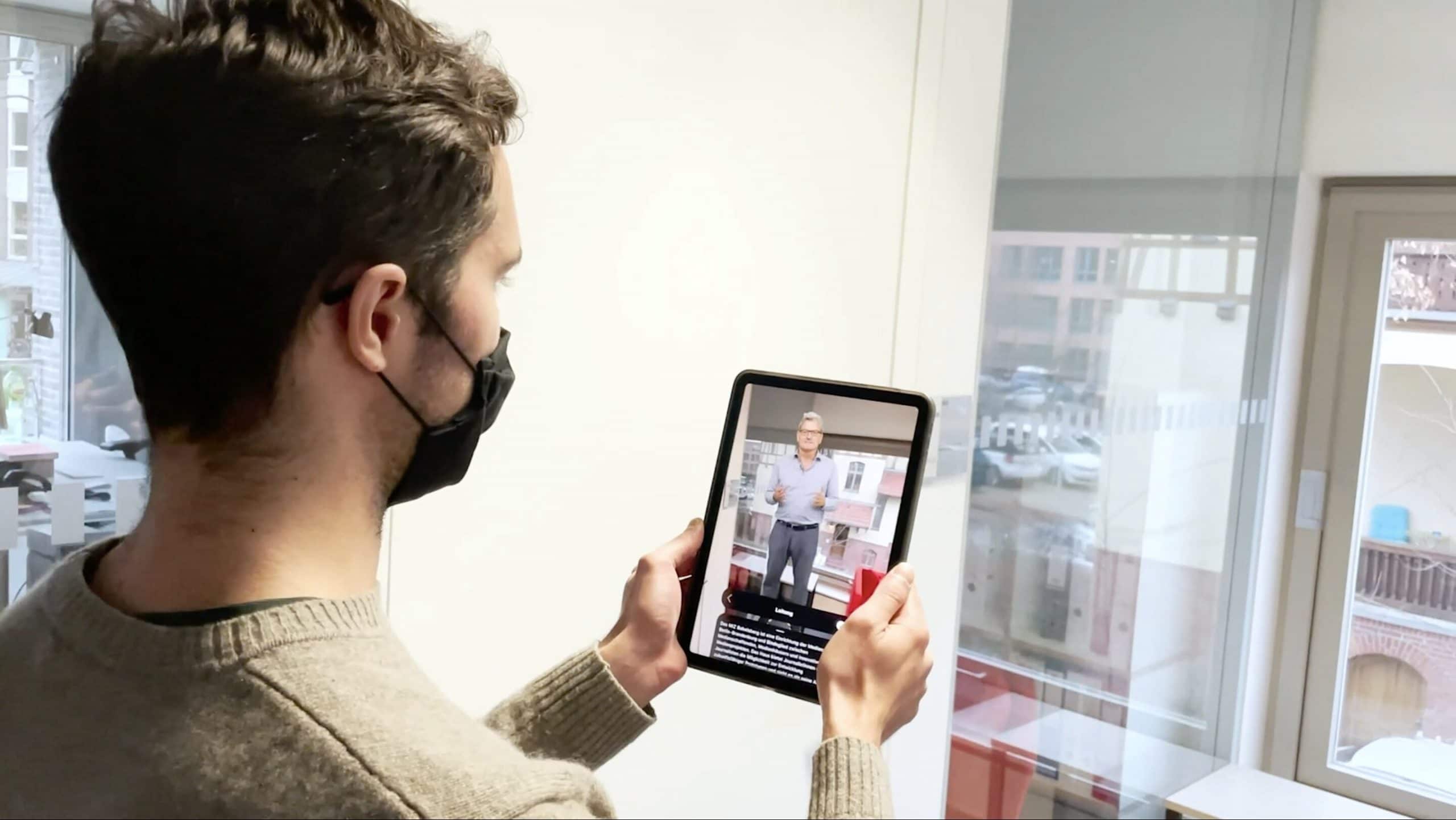 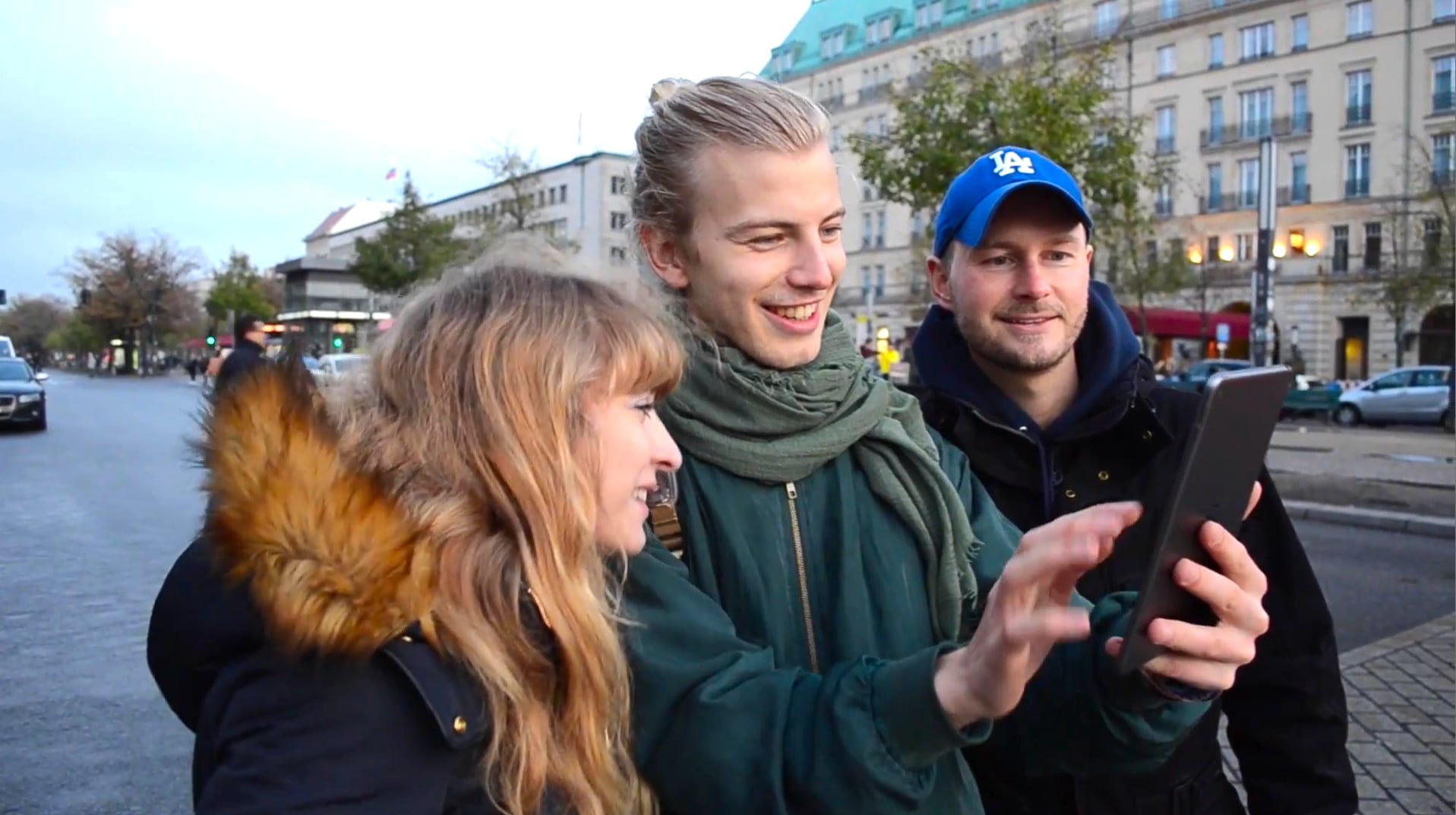 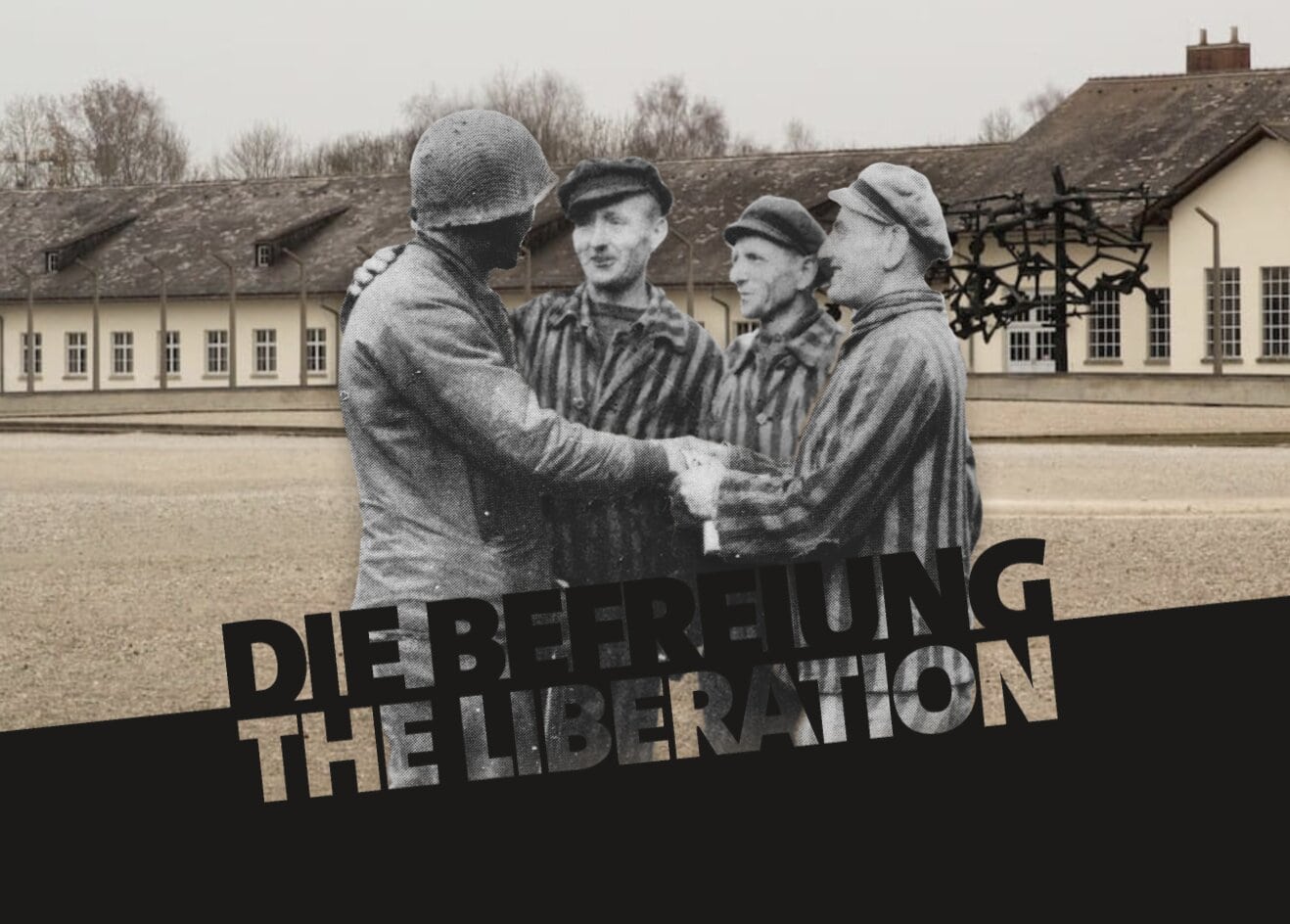 Create your own Tour in
Augmented Reality with zaubar

At this moment, ZAUBAR is invite-only.
If you have an invite code, enter it below to log in.

You can join the waitlist to get an invite when our product is out.

You can jump the queue if you have a special idea.
Contact us for more information and we’ll contact you back or book a call directly with us.

Get the latest information about App Launch, advances, news and more...

Please select a date in which you would like to be called by us.